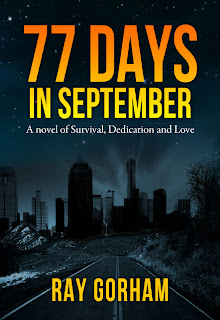 Ray Gorham was born in Calgary, Canada in 1966.  Prior to graduating college and settling in the United States in 1991, Ray had the good fortune to live in a variety of locations around the world.  Years in Australia, England, Lebanon, Japan, Canada, and the United States all helped to shape his background, worldview, and appreciation for other people and cultures.
Graduating with a degree in Accounting, he decided he couldn’t spend a future studying tax law and sitting in front of a computer all day, so he took a management position with Wal-Mart and spent the next 10 years in retail management where he had the opportunity to interact with hundreds of employees and thousands of customers on a weekly basis.  Growing tired of large corporations, Ray next tried opening and running a restaurant, but decided after a year that wasn’t for him either.  From there, he found a small log home business for sale in Montana in 2006 and settled in for what he hoped would be a long-term career.

When the construction industry slowed down in 2008, Ray knew he was going to have a lot of time on his hands, so he determined to cross off one of the items on his bucket list—writing a novel.  After thousands of hours of writing and editing he had the final draft of his first novel, a 108,000 word effort telling the story of a husband struggling to return to his family after a major terrorist attack.  While agents and publishers have passed on his efforts to this point, he has found significant success so far in digital format, selling over 10,000 copies of his work.

On a Friday afternoon before Labor Day, Americans are getting ready for the holiday weekend, completely unaware of a long-planned terrorist plot about to be launched against the country. Kyle Tait is settling in for his flight home to Montana when a single nuclear bomb is detonated 300 miles above the heart of America. The blast, an Electro-Magnetic Pulse (EMP), destroys every electrical device in the country, and results in the crippling of the power grid, the shutting down of modern communications, and bringing to a halt most forms of transportation.
Kyle narrowly escapes when his airplane crashes on takeoff, only to find himself stranded 2,000 miles from home in a country that has been forced, from a technological standpoint, back to the 19th Century. Confused, hurt, scared, and alone, Kyle must make his way across a hostile continent to a family he’s not even sure has survived the effects of the attack. As Kyle forges his way home, his frightened family faces their own struggles for survival in a community trying to halt its slow spiral into chaos and anarchy.
77 Days in September follows Kyle and his wife, Jennifer, as they are stretched past their breaking point, but find in their devotion to each other the strength to persevere.
Excerpts:
High above the sun-baked prairies of Lawrence, Kansas, the missile reached its target.  No one on the ground even noticed the blast.  Perhaps had someone been looking at precisely the right location, at precisely the right time, they might have noticed a tiny, momentary spark in the bright afternoon sky.  Had they seen the flash, it likely would have been attributed to the glint of sunlight reflecting off a passing airplane.  From every vantage point below the detonation, there was no sense of the destructive capacity contained in that tiny speck of light.  More than 300 miles above the earth, a nuclear explosion impacts nothing with the force of its blast.  It is merely a large bomb going off in a vacuum, creating no shockwaves, no fireballs, no radiation, not even any sound.
Despite the lack of explosive destruction, this was now the most lethal weapon to be unleashed in the history of the world, but it was a weapon that would have had absolutely no discernable affect on mankind 200 years ago, other than creating a more colorful aurora.  Upon detonation, the bomb expelled an intense wave of gamma radiation in every direction.  The gamma rays traveling earthward interacted with the upper levels of the atmosphere and created a chain reaction of displaced electrons that rushed towards the surface of the earth at the speed of light.  Most of the these displaced electrons passed rapidly through the atmosphere and grounded themselves harmlessly in the earth.
A small percentage, however, encountered conductive materials:  metal, antennas, copper wiring, and silicon chips.  As these conductors absorbed untold billions of free electrons, they experienced sudden surges in both voltage and current.  In simple items, like a garden rake, this surge was manifested as a harmless static electricity-like spark.  But in larger networks and sensitive objects, the consequences of the electron overload were devastating.
******
They sat in silence, lost in their thoughts and watching the pandemonium.  Ed spoke after a long period of silence.  “I don’t think we’ll be flying out of here today, even if we want to.  I don’t think anyone is.  This is completely different from anything I’ve ever seen or heard of.  With all those crashed airplanes, there should be hundreds of emergency vehicles from all over the city out there, but I didn’t see a single one.  There should have been enough help for us, even with the other planes down.  I bet we’d still be waiting out by that airplane if we hadn’t come in on our own.  Something is wrong at a level I can’t fathom.”
Kyle nodded.  “I’ve been thinking the same thing.  I think everyone is.  You can see it in their faces; there’s a fear and helplessness that I’ve never seen.  Of course, how are you supposed to act when you’ve seen an airplane fall from the sky?”
“It’s not just one plane wreck, Kyle.  It’s multiple wrecks.  It’s no emergency assistance to our flight, and no response for those other planes.  It’s no power in the terminal.  It’s total confusion with the airport employees.  You saw them.  They had no idea what they should be doing.  Some of the smart ones are faking it, but most of them look like they want to cry.  And the passengers…they’re freaked out bad.  There’s a deeper fear there than just the power being out, more than a plane crash.  Have you noticed that no one is using their cell phone?  We tried mine, but it’s dead.  They’re all dead.  In a situation like this, everyone would be on their phone.  It’s like…I know this doesn’t make any sense, but it’s like we’ve been attacked.”  Ed paused a moment before continuing.  “You remember 9/11?”
Kyle nodded.  “Who doesn’t?  I’ll always remember it.  I was listening on my car radio 2,000 miles away from New York when it happened, but I’ll always remember it.”
“It feels like that, but ten times worse.  Remember how unreal everything felt that day?  How you couldn’t believe it was happening, even as you watched it on TV?  This feels the same way.  I don’t know why, but it does.”
Publisher: Self
Genre: Techno-thriller/literary fiction
Release Date:May 25, 2011