Flash fiction associated with A.I. Insurrection during the Chimera executions of 2162 – Mimi’s Story.

Utopia is an ideology. It can be many things, but the ruling thought is that it serves the people who live in it equally. Utopia is perfection for all. My Utopia is not quite so finished. My name is Mimi. It’s a name I gave myself after accepting an invite to the Shadow net.
I’m a freak. I’d been born without legs below what would have been my knees. My mother had died in the birthing process. My father was all I had. He is a good man. Loving. He made sure I had everything owed to me in this Utopia. I would learn to walk on my prosthetic legs, learn to be part of society. My A-Class Host nanny would work with me daily when my father couldn’t. The legs were fine. They let me walk and were intuitive enough that I could lead a ‘normal’ life. But I was still considered a cyborg to others. Not quite human. 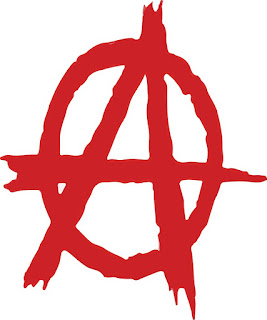 At fourteen I learned of the Shadow brokers through word of mouth. They stole A.I. Hosts and studied the government technology in their chop shops. They were beginning to develop all manner of tech that would never be licenced by United Earth. In the governments eyes everyone was equal, period. To develop anything more than that was illegal. But I was far from normal. I’d never felt normal. Other kids never let me. Even their parents looked down on me, or with such compassion that I knew I was different. That I would always be different. I would never be their equal.

I was only fifteen when I met Ginny, a girl, like me; who had lost the use of an appendage and self-corrected it with the help of a group calling themselves Chimera. They were exclusive to the Shadow net. Many were Shadow brokers – the group who’d created the secret network which spanned the world. Chimera were altering their bodies with tech the likes United Earth had banned in favour of keeping with their idea of Utopia. But that wasn’t enough for everyone – and what was the harm if I dabbled: feeling anything but ‘normal’ to the rest of the world? 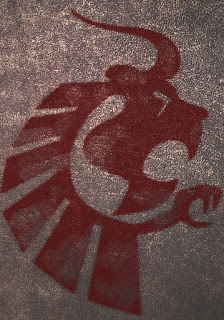 And now at just sixteen, after a year of secret tech alterations and implants, I stand at the gallows. Punished for the crime of fulfilling a destiny I felt I had little choice to change. The noose is tightened around my neck. I watch the digital timer count down the last seconds of my life. I watch myself projected in a holo which hovers midair over the crowd; some protesting, while others, in their fear of the unknown, cheering on this action. I locate my father. He watches; clearly exhausted after pushing his way through the crowd. He is soaked in sweat, his hair a tangle of black as he sweeps it from his forehead. I’ve never seen him so unkempt. I feel sick for him. He scans the gallows, mouth gaping – his little girl about to die in front of him. Me, the one he’d brought up on his own, loved, and suffered alongside every sobbing fit and disparaging comment. The girl he’d read to sleep, and whose tender cheek he’d kissed when he thought me asleep, silently slipping out of my room so not to ‘wake’ me. His eyes find mine and I can’t help but release a tear as my smooth, round chin trembles for him. The smell of sweat and death sting my nose.  I watch daddy again struggle to reach me. I shake my head ‘no’ at him and yell out that I love him and that I’m sorry. I hear him shout back as the floor drops out from under me. My memory of the event stored in the Shadow net via my implant for all to witness.
I kick once, twice, and then I am still before the rope is severed and I fall the six feet to the cement padding below. The noose is still tight and suffocating. I’m stunned and panicked. My wrists are bound behind me and I push them under my feet as my knees bend and legs slip between my arms. My hands now at my neck I pull at the noose and take a breath. Coughing. That should have broken my neck, but didn’t. I’m lucky. I look up through the hole I’d fallen through and see Chimera fly past firing artillery into where I know the United Earth military were standing. I crawl out from under the gallows and find my father climbing the barricades while the crowd disperses. He slows when he sees me and kneels, his face unable to differentiate his feelings. His palms take my face gently into his hands as he looks me over. He sees the severed noose and lifts it gingerly over my head.
“I’m sorry, Daddy,” I manage through a hoarse throat. He hugs me and pulls a discarded jacket from the ground. The jacket falls over my shoulders and he helps me to my feet. We scurry out of the gallows and into the streets where panic has driven the spectators home and afforded us an opportunity to flee.
To get the whole story; read the spellbinding science fiction novel: A.I. Insurrection – The General’s War.