Where is humankind heading?

First question: Did human consciousness change along centuries and millennia?
Disrespect for our environment, religious intolerance, greed, selfishness… I did my reading, history and religious texts and books. 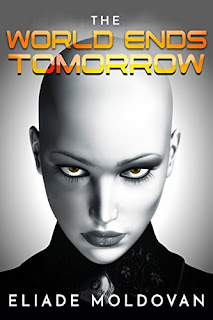 My conclusion? Not much. Add to all this the unstoppable population growth, the overpopulation and the insane resource consumption.
Second question: Did our life standards improve along centuries?
My take? A lot. For some of us. I would dare say that the average individual in western world lives better than kings few hundred years back. I remember a chronicle about the life during king Louis XIV, the Sun King; the cold and ugly smelling palaces (no toilets), sticks to scratch under the wigs for head lice, health problems…
So, we do better today. All this done because of human technology advances: internet, cars, airplanes, medical assistance, you name it…
So, what is wrong?
Technologies advanced much faster that human consciousness; and technology out of control generates disasters.
Discoveries and innovation based on research in chemistry, biology, quantum physics, information technology, transportation… make our life better, but could be used for destruction in the worse imaginable ways.
Third question: Can our society fix itself, and avoid self-destruction?
Answer: NO.
Why? There are mathematical theories that a system cannot fix itself from inside. The mechanisms to fix the system will alter it, and so, it is different than when the project started, it is catch 22 situation.
Forth question: What can be done?
If humankind deserved being saved, it will happen, help from above. Aliens? or gods?
But does indeed human society deserve saving?
My book The World Ends Tomorrow describes such a scenario.
Fracony, a supercivilization that visited Earth periodically, built models forecasting that an apocalypse generated by humans themselves is inevitable.
They discovered a baby girl, Clara, with very special qualities, a research accident from a lab that tried to match man and women for best offspring. Clara was raised and trained all her life to take over the world leadership and prevent or diminish the consequences of an apocalypse.
And the disater came as a biological apocalypse from a virus escaping from a research lab.
Clara can communicate with Fracony, but her training could not foresee everything, and Fracony might have their plans about what really means saving humanity, or the price to pay.
What is good and bad have different definitions in normal times versus crisis situations, and when human race was at stake that line between right or wrong was blurry and shifting until became non-existent.  Principles transformed into self preservation, fear in divine punishment transformed into anger. Who could rule such a world?
The action is four hundred years into the future, and only two countries sharing the planet, Gaia and Esperanto. Clara was ruling Esperanto as its Secretary. She had to navigate among centrifuge interests and ideas and take bold and heartbreaking decisions. Will she succeed or collapse before reaching the end of the tunnel?
The World Ends Tomorrow
https://www.amazon.com/dp/B07BXK259K