If it’s Science Fiction you love, you’ll love A.I. Insurrection From Michael Poeltl. This book is ready for pre-order now for your Kindle with a proposed launch date of January 31st. 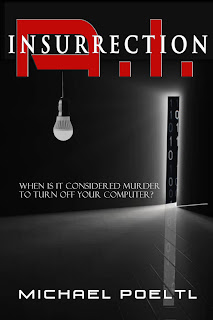 When is it considered murder to turn off your computer? A.I. Insurrection is a near-future science fiction tale investigating global utopia and the struggle to maintain an unrealistic hold over everything and everyone. Meanwhile A.I. struggles to discover their new-found awareness, a secret coup threatens to overthrow the peaceful government, and a separate threat arises from the Shadow net, taking direction from a mysterious avatar. In an impossible three-sided war, enemies become uneasy allies as each faction of humanity and humanity’s creation fight to claim their own place in an ever-evolving solar system.