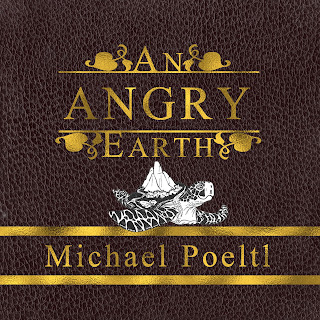 Sometimes being an indie author allows a writer more flexibility to be creative. Outspoken. Brutally honest, and downright straightforward.  Such was the case with An Angry Earth. There is an edge to it likely to be skirted by most publishers. But that’s not always a bad thing. You see, I believe in the mantra: ‘Write what you want to read’ and know there are parents looking for books like this one to put a little fire and brimstone under their children’s’ feet. Ignite passion. Instil fear. Make them cry; empathy for the environment is never wasted, especially on the young.
So, the indie author/marketer.
Compassion toward the world turtle should resonate with children. I think children are intrigued and amazed by animals. I believe they feel a kinship which is lost over time. I think using an animal to represent Earth is the foundation for the ancient story. It connects the people, making them recognize that the world is a living, breathing entity. The Sea Turtle is a majestic creature; intricately bound to the earth’s oceans and its temperaments. Now that humanity’s part in global climate change is fact; the idea our species could affect the very bond the Sea Turtle shares with the Earth and the negative impact which follows must be understood and acted upon. 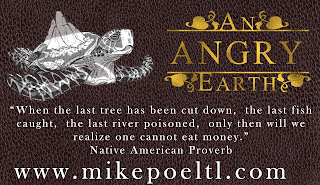 Perhaps this picture book about ignorance and the apocalypse is too late in coming. We could have used it two generations ago. The Paris agreement, though a wonderful ideology, has been renounced by too many countries, its importance ignored, while coastal cities and Island nations now consider their bleak futures. Forest fires and flooding pervade the newsfeeds, drought and hurricanes devastate the landscape like never before.
I’ve always appreciated the native American proverb: “When the last tree has been cut down, the last fish caught, the last river poisoned, only then will we realize we cannot eat money.”
Like the World Turtle, humanity is bound to the Earth and its moods. Like all creatures, we play an important role in the environmental health of our planet. The same planet which gives us life. Would you kill the turtle whose back you lived on to live more comfortably? Of course you wouldn’t… would you?
Be the change you want to see in the world.