How an Indie Science Fiction Novel beat out Traditional Publishers

So, they say video is king, and I know they’re not wrong, but I’m an author, not an actor and not one to particularly enjoy the spotlight. But, being in front of a camera rather than live in front of  250 guests at a wedding (which I have managed twice) was easier than I thought. Though I miss the wild applause, I don’t miss the sweaty palms and pounding heart that accompanies a traditional ‘speaking’ engagement. 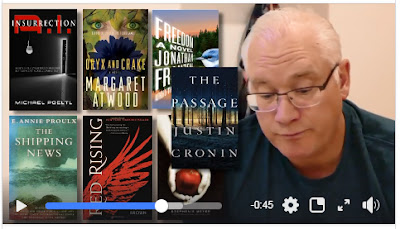 Yes, I have shot a few videos now which have to do with A.I. Insurrection. The first is an introductory to me – the author – and to the ratings my new Science Fiction novel has managed since it’s February, 2018 release on Goodreads and Amazon. They are – happily – quite good. What is surprising though is how my book – an Indy – has far exceeded the star ratings of so many popular, traditionally published books. The video will sound those out for you at random, but know that just because a book was written by an independent author, so long as they’ve had it vetted and edited by others, it can easily best even an award winning author’s star rating.

A book is a book. Judge it for that, not for the name associated with it. I think I see that happening more and more as indie authors continue to put out readable books which entertain and inspire those readers adventurous enough to take a chance on an Indy.

Watch the video where Michael Poeltl explains just some of the reasons to pick up his new sci-fi novel; A.I. Insurrection. You can see the video either on Youtube or on his author facebook page.

Find the book at www.mikepoeltl.com