Though writing was his first love, Poeltl felt a pull toward the visual arts in his early teens, writing and illustrating comics as a child.  This interest in the visual side of his creative ambitions took him to Sheridan College, where he graduated the interpretive illustration course, earning his BA in Illustration. Poeltl preferred to paint in acrylic, the quick-drying paint agreeing with his impressionistic leanings, and as an illustrator, he favoured pen and ink. As his career in a creative role matured, Poeltl became a marketing manager. While studiously performing his duties in this profession, he felt the urge to once again pick up pen and paper and write for pleasure. 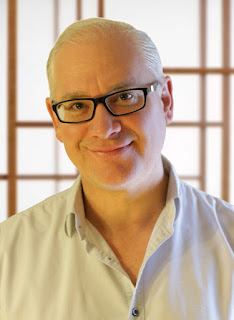 This is where Poeltl’s story really begins. The Judas Syndrome, book one of what would quickly become a trilogy, exploded onto the self-publishing scene. With his own marketing skills and a desire to reignite his passion for writing, Michael would produce and publish multiple books in varying genres including two he would illustrate himself.

Fast-forward to 2018. Poeltl’s love of everything science fiction compels him to write A.I. Insurrection. This return to his roots in writing, and his experience over the past nine years, culminates in a well-written and engrossing tale told in a near-future utopia which will keep readers turning pages in this fast-paced military sci-fi. It has been described as the thoughtful science fiction fan’s next read, with a complex story set in a fantastic world where artificial intelligence claim sentience and turmoil within the Utopian government spurs a war only one side expected. Spanning the solar system, this novel offers the potential to become a series.

The thoughtful sci-fi fan will appreciate the story’s intricate world-building and tumultuous relationships while the classic military sci-fi reader will enjoy the pace and battles which devastate the once Utopian society, yet build toward a new world order.

When is it considered murder to turn off your computer?